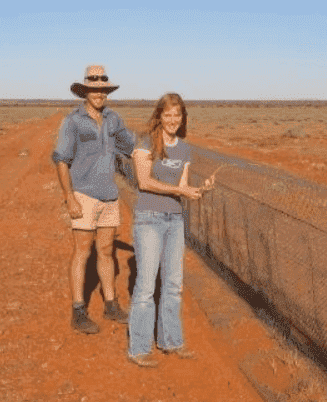 Arid Recovery is a landscape scale restoration project situated 20km north of Roxby Downs in arid South Australia. Katherine Moseby and John Read were co-founders of Arid Recovery, along with David Paton (The University of Adelaide) and Peter Copley (SA DEWNR). Katherine was the inaugural manager of the program and they were both intimately involved with the development and management of this nationally significant conservation and restoration project from its inception in 1997 till they left Roxby Downs in 2009.

Arid Recovery has successfully reintroduced four locally-extinct threatened mammals to a landscape-scale cat, fox and rabbit-proof reserve in northern South Australia. Arid Recovery also aims to demonstrate that mining, pastoral and conservation organisations could (and should) work together for mutual benefits. John and Katherine retain an active involvement with Arid Recovery through assistance with monitoring and research and membership of the Scientific Advisory Committee.


To find out more about this exciting project please visit www.aridrecovery.org.au

Burrowing bettong trapping at Arid Recovery as part of the ARC linkage grant between Arid Recovery, UNSW and UCLA. 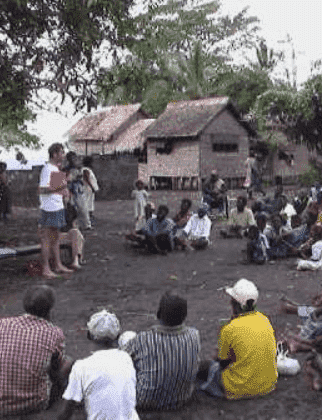 At 118 square kilometres, Tetepare Island is the largest uninhabited island in the South Pacific. Tetepare supports pristine lowland rainforest and a rich inshore marine area. The island was originally inhabited by headhunters who fled the island in the mid-19th century and settled on neighbouring islands. The island supports populations of threatened leatherback turtles, the endemic white eye, the world's largest skink, dugongs, a rich marine life and the endangered coconut crab. The island was under threat from logging in the early 1990's when John Read and Katherine Moseby visited the Solomons Islands on their honeymoon. After visiting the island they became enchanted by its pristine rainforests and coral reefs and decided to help local villagers preserve the island. Threats from international logging companies loomed but with assistance from Katherine and John and international aid agencies, landholders formed the Tetepare Descendants Association. The organisation initiated a conservation management program which was managed by John and Katherine for the first 3 years before being handed over to local staff. Now home to the one of the Solomon Islands' leading conservation projects and a unique, locally-owned and managed ecolodge, Tetepare's natural abundance attracts visitors from around the world. John and Katherine are patrons of the Tetepare Descendants Association and visit annually to assist with research and monitoring programs and provide management advice to local staff.

The island has been recognized for its conservation significance and archaeological values. A total of 73 bird species, 24 reptile, four frog and 13 mammal species have been recorded on Tetepare including rare and endemic bird and bat species.

The recently launched book The Last Wild Island : Saving Tetepare is an insite to this facinating island and its custodians.

For the latest updates from Tetepare and how to visit the ecolodge or research station www.tetepare.org 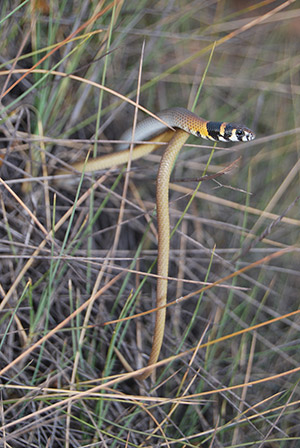 Ecological Horizons are part of the Middleback Alliance, a partnership between the South Australian Department for Environment, Water and Heritage, SIMEC Mining, Ecological Horizons and other local landholders. The Alliance aims to sustainably manage both private and public land in the region of the Middleback Ranges on the Eyre Peninsula, South Australia. Within the Middleback Alliance area, Ecological Horizons owns the Secret Rocks Nature Reserve, a 259 square kilometre area of mallee scrub which has been placed under a conservation covenant. On ground actions which are initiated by the Alliance include goat, rabbit and fox control, fire and threatened species management and engagement of regional land managers and volunteers.

A Federal Caring for Our Country grant was recently secured by Ecological Horizons and is currently being used to implement on ground outcomes in the Middleback Alliance region. Key programs include annual Malleefowl nest monitoring of up to 300 mounds and montoring for threatened species including the sandhill dunnart.

Recent developments include building an exclosure to protect the nationally threatened plant, Acacia cretacea, implementing a remote camera monitoring program for goats and foxes and trialing eradicat cat baits as a means of controlling feral cats.

Ecological Horizons have successfully reintroduced the nationally Endangered Chalky Wattle to a 6 ha herbivore excloure at Secret Rocks with the aid of the SA Herbarium and Kimba Area School. The success of regeneration within this exclosure was the stimulus to create a 900 ha goat, kangaroo, rabbit, cat and fox exclosure known as Mallee Refuge. Malleefowl have already bred within Mallee Refuge which is planned to also be used for reintroduction of numbats and bandicoots

Self-guided walks along trails where threatened plant species have been reintroduced start at the carpark on Middleback Road. Download a PDF of the map of the trails here.

Ecological Horizons and Envisage Environmental Services have initiated "Tracking Australia", a track-based monitoring system for recording changes in distribution of arid zone species. A series of 2 ha plots are monitored on sandy substrate and the presence of animal tracks, burrows, scats and other sign recorded. By replicating plots over large areas and long time frames, information on changes in the distribution of nationally threatened arid zone species can be determined.

" Tales in the Sand, a guide to identifying arid zone fauna using spoor and other sign" is an identification manual written by Katherine Moseby, Theresa Nano and Rick Southgate which aims to encourage and train arid zone residents and visitors in the new technique. Data will be stored on a national database and anyone interested in contributing to this national database or obtaining a copy of the booklet can contact Katherine or Rick at Tracking Australia (trackingaustralia@gmail.com).

Feral cats continue to be the major cause of extinction of many natural and reintroduced populations of mammals and birds. Cats are reluctant to take baits or enter traps when live prey are abundant. Ecological Horizonsdeveloped and patented the Felixer with assistance from SA Government Innovation vouchers, SA DEWNR, The Foundation for Australia's Most Endangered Animals, Sporting Shooters Association of Australia, Ian Potter Foundation, The Government of Australia, IGO and Electranet. Felixers use an array of sensors to detect and spray cats with toxic gel that they ingest whilst instinctively grooming, hence circumventing the problem of having to lure cats to food baits and reducing the non-target risk to native species that do not groom.

Felixers are being commercialised by the non-for profit company Thylation (www.thylation.com) which provides updates, research reports and order forms.


With funding assistance from SA Government Innovation vouchers, SA DEWNR, The Foundation for Australia's Most Endangered Animals, Sporting Shooters Association of Australia, The Government of Australia, IGO and Electranet, Ecological Horizons have funded and managed the design and development of Felixers by SA engineering firm Applidyne. These patented devices incorporate four rangefinder sensors, a programmable audiolure, a camera that photographs all activations, solar-charged battery and an electric motor-tensioned spring that fires sealed doses of toxic gel at 60m/second. The sensors ensure that animals smaller or larger than a cat or fox do not activate the trap which holds 20 measured doses and can operate without intervention for several months.

Felixer trials at Venus Bay Conservation Park, Flinders Ranges National Park and Arid Recovery in South Australia have each confirmed several feral cat kills without being activated by the quolls, bilbies and bettongs that they have been installed to protect. Felixers are currently being optimized through a generous grant by FAME and the Ian Potter Foundation to reduce costs and increase efficiency in preparation for commercialization. 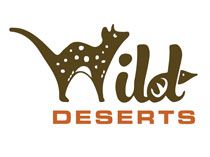 Ecological Horizons has partnered with the University of NSW to reintroduce threatened mammal species to Sturt National Park in NSW. This project is funded by the NSW Office for Environment and Heritage and will see seven species returned to NSW after decades of extinction. Ecological Horizons will provide expertise in the area of reintroductions, feral animal control and fence design as well as conduct research into restoration processes. Potential honours or PHD students interested in being involved in this research can contact us for more information. 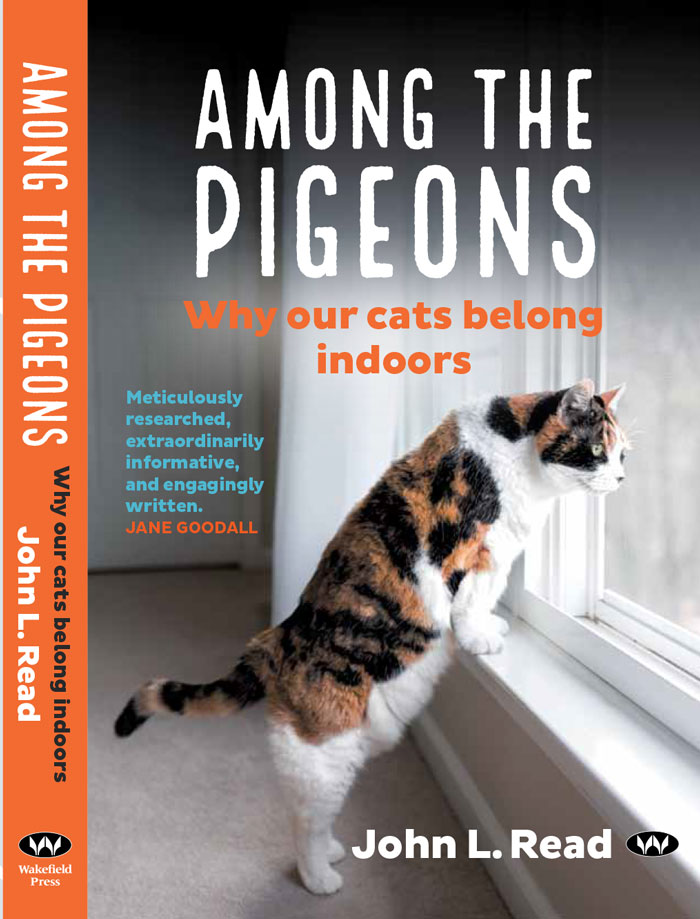 Read reviews or order John's books and read and comment on his provocative blogs at www.johnlread.com 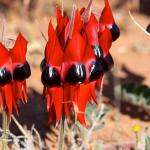 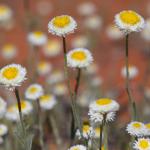 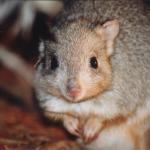 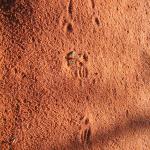 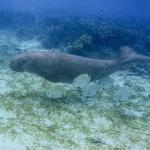 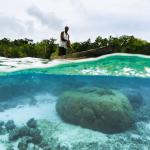 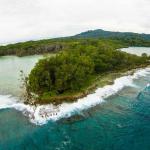 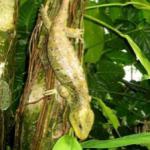 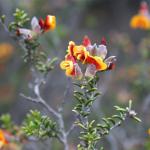 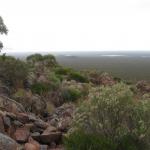 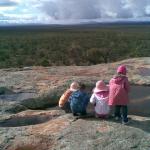 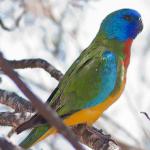